Maxine Waters (D-CA) has introduced a bill in the House called the Fair Credit Reporting Improvement Act of 2014. Ever since this potential bill has been leaked by the press I have had several people asking me for my opinion on it. If the bill were to be passed, here are a few of the key points…

Unreasonable data retention limitations
Today, bankruptcies can stay on a credit report for ten years and all other derogatory credit entries (collections, judgments, late payments, defaults) can stay for seven years.
The Waters’ bill would change these guidelines to make bankruptcies be removed after seven years and all other derogatory accounts be removed after four years. The reason Ms. Waters gives for the reduction in credit reporting time frames: “Sweden limits the reporting period to three years and Germany limits the period to four years.”
Sounds like a lot of strong evidence too me! Select two random countries and pick a number close to what they have as a law and call it good. Makes total sense.
Wait this bill gets better! The Waters’ bill would also require all the credit reporting agencies to delete any adverse item within 45 days of it being paid or settled. That means if you settled your defaulted credit card debt or disposed of your home via a short sale, the item would be removed 45 days after the item was updated to show a zero balance, as if it never existed.

Unreasonable dispute investigation procedures
Currently, if you challenge information with the credit reporting agencies, they are required to perform a reasonable investigation, which almost always requires them to go back to the lender and ask them to confirm what they are reporting as accurate. Now I can assure you from experience this is a very flawed system but what the Waters bill wants to happen is absurd.
The bill would require the credit bureaus to perform an investigation independent of contacting the lenders or collection companies, which makes no sense whatsoever.
I would love to know how the credit bureaus are supposed to know what my credit limit is with my Discover card, or how they would have any idea of if I did or did not pay my mortgage on time. Just in case you are not aware, and clearly Maxine Waters is not, the credit bureaus do not supply the information on your credit report. They simply report what is being told to them by the lenders.
Most of the incorrect information on credit reports isn’t caused by the credit reporting agencies but is, instead, incorrectly reported by the banks and/or collectors. It’s imperative that the credit bureaus be allowed to continue to go to those companies and ask them to check their records and documents to determine if what is on your credit report is accurate.
Unreasonable changes to credit scoring models
If the Waters’ bill were passed, then credit scoring models would not be able to consider any derogatory credit entry that was subject to a “Federal credit restoration program.”
Huh? There is no such thing as a federal credit restoration program, which the bill defines as any federal program that assists a consumer to rehabilitate their credit. If this bill is passed does that mean the Federal Government is planning to get in to the credit repair business? I am sure that program would be a real smooth process that would help a ton of people, and not slow down the process at all! Just in case you don’t know me very well that last sentence was written with as much sarcasm as humanly possible.
Lastly, credit scoring systems would have to treat all auto, student loan and mortgage credit inquiries that occur within 120 days of each other as a single inquiry in the consumer’s score. Sounds like another great idea unless you know anything about credit scoring models then you would realize that no credit scoring model that is or was commercially available in the history of credit scoring has ever treated inquiries in such a way.
If this became the new standard, then it would render all 60+ FICO scores and all three VantageScore credit scores illegal to use, because they don’t treat inquiries like that.
This purposed bill reminds me of a time I read an article that stated for a 30 day period the Federal Government was going to change the laws and give everyone a 720 credit score. The idea behind this article was that it would stimulate the economy as all kinds of people would purchase homes and automobiles that they otherwise would not be able to do with their current credit score. The kicker to this article was that it was written on April fool’s day and the whole thing was a joke. I wish I could state the same for this purposed bill. 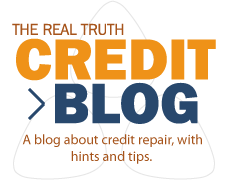